If you’ve been curious about trying magic mushrooms but don’t know how to consume them, we recommend easy to brew shroom tea. These recipes for making mushroom tea are simple to follow whether you are using freshly foraged or grown shrooms or preparing a mix out of dried psilocybin. 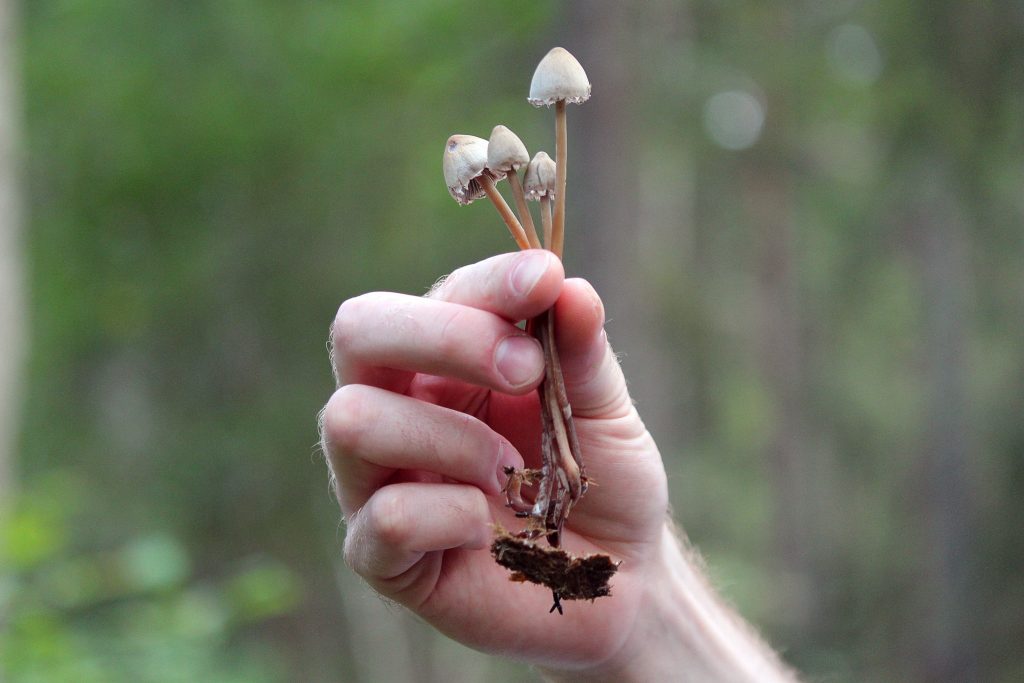 Archaeological evidence shows that magic mushrooms were consumed in all parts of the globe since ancient times in ceremony, solo journeying, or recreational trips. These days, psilocybin is often drunk in a shroom tea to mask its natural flavor which is described as seedy and earthy.

This guide will show you how to make mushroom tea easily which you can use in your own ceremonies or for microdosing.

Microdosing is a way to consume psilocybin in small doses even on a daily basis to allow you to reap the benefits of this ancient plant healer without the psychedelic effects. For more information, apply for microdosing with us.

Ceremonial Use of Magic Mushrooms

Cave paintings show that magic mushrooms may have been consumed in North Africa as far back as 9000BC.

They would spike ale with specific psychoactive substances to induce trance states that allowed them to speak with the gods.

In some places, like Mexico’s Oaxaca state shrooms are given in ceremony to children from the Zapotec indigenous tribe as young as four years old to celebrate their “surviving infancy.”

The whole family eats the sacred shrooms at the same time and walk in the forest. When the hallucinogenic effects kick in, reportedly, the entire family will chant to give thanks to the gods.

Modern magic mushroom ceremonies may take place with or without a traditional shaman. We encourage you to be centered and in a state of gratitude when you choose to journey with psilocybin mushrooms among trusted friends or by yourself.

Whether you would like to consume psilocybin through microdosing or consume the shrooms directly, the easiest home-made method is by making mushroom tea.

Finely dice your shrooms. To ensure they are indeed psilocybin mushrooms, they should turn blue.

Heat up a pot of water until it is not quite boiling. Add in the diced shrooms and stir occasionally as they steep until the blue color goes away (around 10 to 15 minutes). Strain this into a cup for your base tea.

Add other herbal infusions or ingredients of your choosing. Ginger and peppermint are great ingredients which will not only mask the shroom flavor but also help ease nausea. Many get upset stomachs when journeying with magic mushrooms, so the right herbs can help calm this. 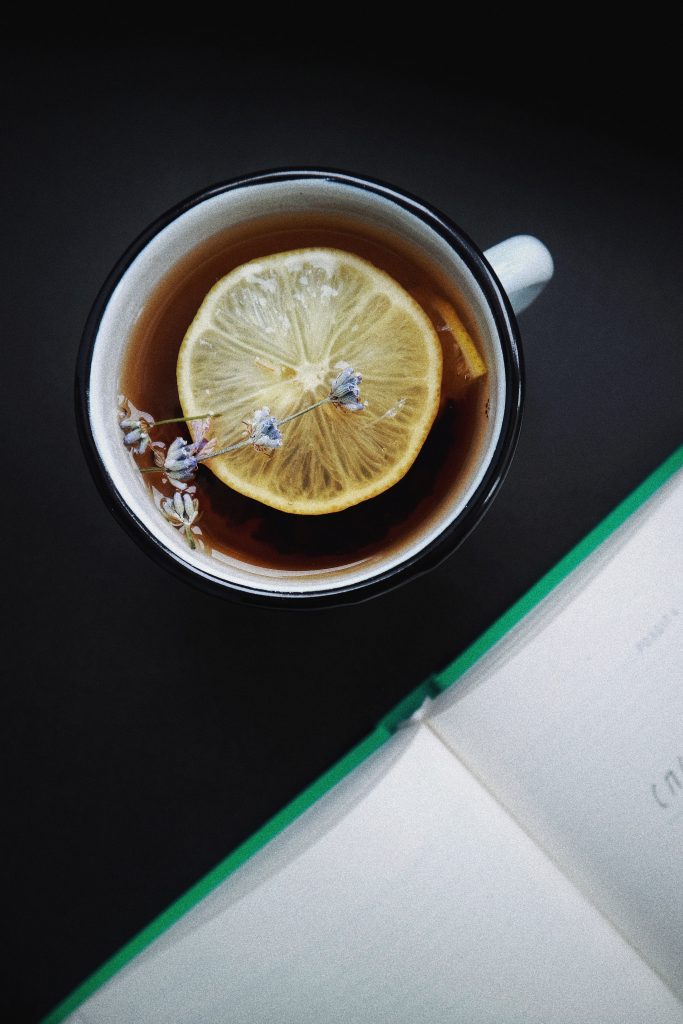 Before putting your fresh shrooms in hot water, soak them in lemon juice first. The citric acid in the lemon helps to “pre-digest” the shrooms before consuming them which makes the psilocybin turn into psilocin much faster when it enters your system. This is known as Lemon TEK. It allows you to trip faster and harder.

However, as a result, the comedown from the trip will also be faster which is a process that can be equally enlightening as the trip itself.

Do the same as above but only use a few grams of powdered dried magic mushrooms in your shroom tea.

When experimenting with how to make mushroom tea, it’s best to go slow and start with no more than a few grams to start with. Dried and powdered mushrooms may have various levels and potency of psilocybin.

To remove the guess work, you can also apply for microdosing with reliable suppliers who will deliver prepared psilocybin pills to the exact dosage that is right for you.

How To Make Mushroom Tea with Cacao

Another idea for journeying with magic mushroom is to combine the with another sacred plant teacher of the Aztecs: Cacao.

Unlike shrooms, cacao has not been labelled a Schedule I drug in the US and Cacao Ceremonies are held in many places to connect to this heart opening fruit. Pure cacao also has psychoactive effects which can be combined with magic mushrooms to make a magic chocolate drink.

If you’d like to try this variation, here is a suggested recipe:

Follow the directions on how to make mushroom tea as above for your fresh or dried shrooms.

Meanwhile, also prepare a cacao paste. For a ceremonial dose of cacao, select around 30-50 beans per person. Place each dose in a ziplock bag and smash them into smaller pieces.

Pour these pieces onto a baking tray and remove the skin by gently blowing over them or use a non-heat hair dryer on the lowest setting.

Remove the remaining pieces of cacao and place them into a coffee grinder to pulverize them into a fine powder – if using an electric grinder, don’t go more than 15 seconds at a time. Too much heat will build up. Better to work with shorter grinding times and smaller quantities while working this step to keep the potency of the cacao. 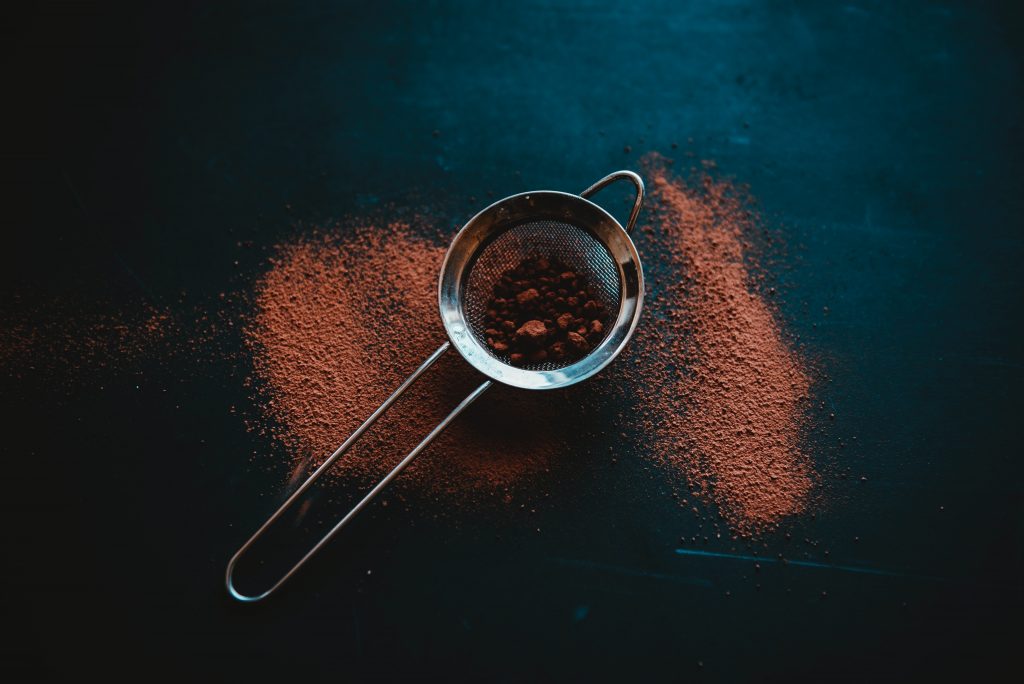 If you have a manual stone grinder, you may also use this to turn the beans into an even finer powder after the coffee grinder step.

Add this to the base shroom tea for your magic cacao drink. Take note that this blend is described as an “acquired taste.” Don’t expect it to be like a cup of hot cocoa. You may add honey or other  natural sweeteners to your liking. We advise not to use refined or processed sugars.

Drinking Mushroom Tea vs Eating Them

Making mushroom tea is considered the easiest and most palatable way to consume shrooms, especially dried ones. But many also swear by the journeys they’ve had with eating fresh magic mushrooms either newly foraged or preserved in honey like how they are traditionally kept in Mexico.

When you’re deciding to drink mushroom tea vs eating them, we recommend fasting before your ceremony. An empty stomach will not only reduce the nauseating effects of the shrooms, but may also help out you in a more clear mindset for your journey with this ancient, sacred plant teacher and healer

It’s easy to learn how to make mushroom tea which you can use for ceremony with friends or solo journeying. Drinking mushroom tea vs eating them each has their own pros and cons. In either case, go small and slow with your initial dosages of fresh or dried shrooms to prevent from tripping too hard too fast.

If the taste of shrooms is really something you can’t stomach, even in shroom tea or magic cacao form, you can always apply for microdosing.

You may gain access to our third party suppliers of magic mushroom capsules which are pre-measured with the exact amount of psilocybin for self-healing without the hallucinogenic effects or the earthy taste of shrooms.