Breakthroughs in Psilocybin Therapy for Depression

Mainstream medicine is on the verge of fast-tracking psilocybin therapy for depression research. Finally, after decades of anecdotal evidence, researchers will be able to conduct peer-reviewed studies, financed by influential scientific and government organizations, for psilocybin therapy for depression, PTSD, and other mental illnesses. Read on to learn why this is important and what it means for you.

Psychedelics are having a resurgence. For decades people were fed the misconception that psychedelics were just used to “get high” or escape reality and responsibilities. But for many, psychedelics like magic mushrooms can be the best help they have for treatment-resistant depression.

The Food and Drug Administration (FDA) named psilocybin as a “breakthrough therapy” especially for those with severe, long-term depression. This recognition is important because it allows researchers easier access to shrooms for  psilocybin therapy research.

Magic Mushrooms remain a Schedule I drug in most states, but with FDA approval, studies can finally be fast-tracked so that viable therapies using psilocybin and other psychedelics can be studied and developed for mainstream use.

As the use of psilocybin becomes normal again, not only will more researchers have access to them, but ordinary people will freely be able to commune with this gift from nature too. Our ancestors from all over the world have left evidence of using magic mushrooms for ceremony and healing rituals. It’s time to bring that practice back.

If you are ready to explore how psilocybin can help your daily life, apply for microdosing and we’ll guide you through the process and connect you to trusted third-party suppliers.

The most commonly accepted method for treating depression is a combination of talk therapy and prescription drugs like SSRIs. The drugs alter your brain chemistry to regulate your moods and the talk therapy is intended to get to the root of the depression.

The flaw in this model for many is the drugs and the depression itself don’t allow them to explore the cause of their situation fully, so conventional therapy may work for a month or so before they relapse into a major depressive episode again.

Psilocybin works differently. It doesn’t regulate or block emotions. It helps your brain create new neural pathways to break out of old patterns and see them in a new light. They also do not let you “escape reality” as many mistakenly think psychedelics do. Psilocybin is a teacher that helps you experience life to its fullest. Including all peaks and valleys. To bring you where you need to be.

According to Ben Sessa, a psychiatrist and researcher based in the UK, envisions a near future where psychedelics will become absolutely vital in the treatment of people with depression and PTSD.

He said that psilocybin therapy for PTSD and depression is “radically different” from a pharmaceutical approach which sets up patients for lifetime dependency on drugs. 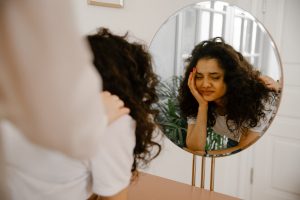 Psilocybin therapy research shows that even with just two doses of magic mushrooms, participants in the study reported a month later that their life and outlook is still altered for the better. Many reported no major relapses into depression and suicidal thoughts.

Though many of the studies so far have focused on normal doses of psilocybin, the work of psychedelic experts like James Fadiman shows that microdosing also has numerous and long term benefits for therapy.

Apply for microdosing today to find out how you can experience these same benefits.

The Impact of Psilocybin Therapy Research on Mental Health

It’s no secret that the modern world is a stressed out world. This has been compounded in 2020 when most of the world was affected by the global pandemic of COVID-19.

Many psychiatrists and therapists reported a surge in patients coming in for depression and other mental health issues. Lockdowns, misinformation being spread, and fear for health and safety are affecting millions all over the earth and it will have much more long-term effects than a virus could.

These same therapists are heralding the assignment of psychedelics and psilocybin into the “fast-track” status for research is what is really needed to support people through the post-pandemic era.

Those who took the change on psychedelics during the pandemic reported that while others around them were in turmoil, it became the most peaceful time of their lives.

And this was not because they were denying reality. In Canada, where psilocybin has been granted to a few patients undergoing therapy for cancer, patients have stated that the shrooms made them more alive.

“A lot of us have improved relationships with family and loved ones. (Psychedelics) didn’t change me. They just made me more me,” said  Jen Burke, who, like hundreds of others, lost her job during the global pandemic.

Most studies will come with caution. Saying that with home grown shrooms, or magic mushrooms that can be purchased online, the amount of psilocybin can vary and each person will react differently to the psychedelic. 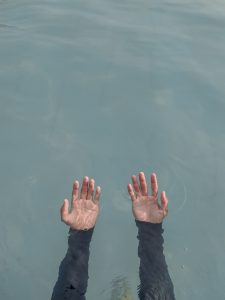 This is why microdosing the best way to take magic mushrooms. The amounts are so small that you will not go into a hallucinogenic trip. And decades of anecdotal, and some studies on microdosing which are now starting, show that you reap the same benefits.

Psilocybin therapy for PTSD and depression is still at its infancy. But the foundations laid by the research that began in the 1970s has persevered and today, many studies are already showing promising results for those with treatment-resistant mental disorders.

We believe that microdosing is a game-changer. Psilocybin depression therapy is a breakthrough for modern medicine that nature gives us freely from the earth to connect us to what we truly are and what we truly need.

Don’t hesitate to see how psilocybin can help you transform into the you that you truly are. Apply for microdosing and we’ll connect you to our trusted third-party suppliers who share our vision for a world where we take the power of our health, and mental health, back into our own hands.