The Entourage Effect and Magic Mushrooms 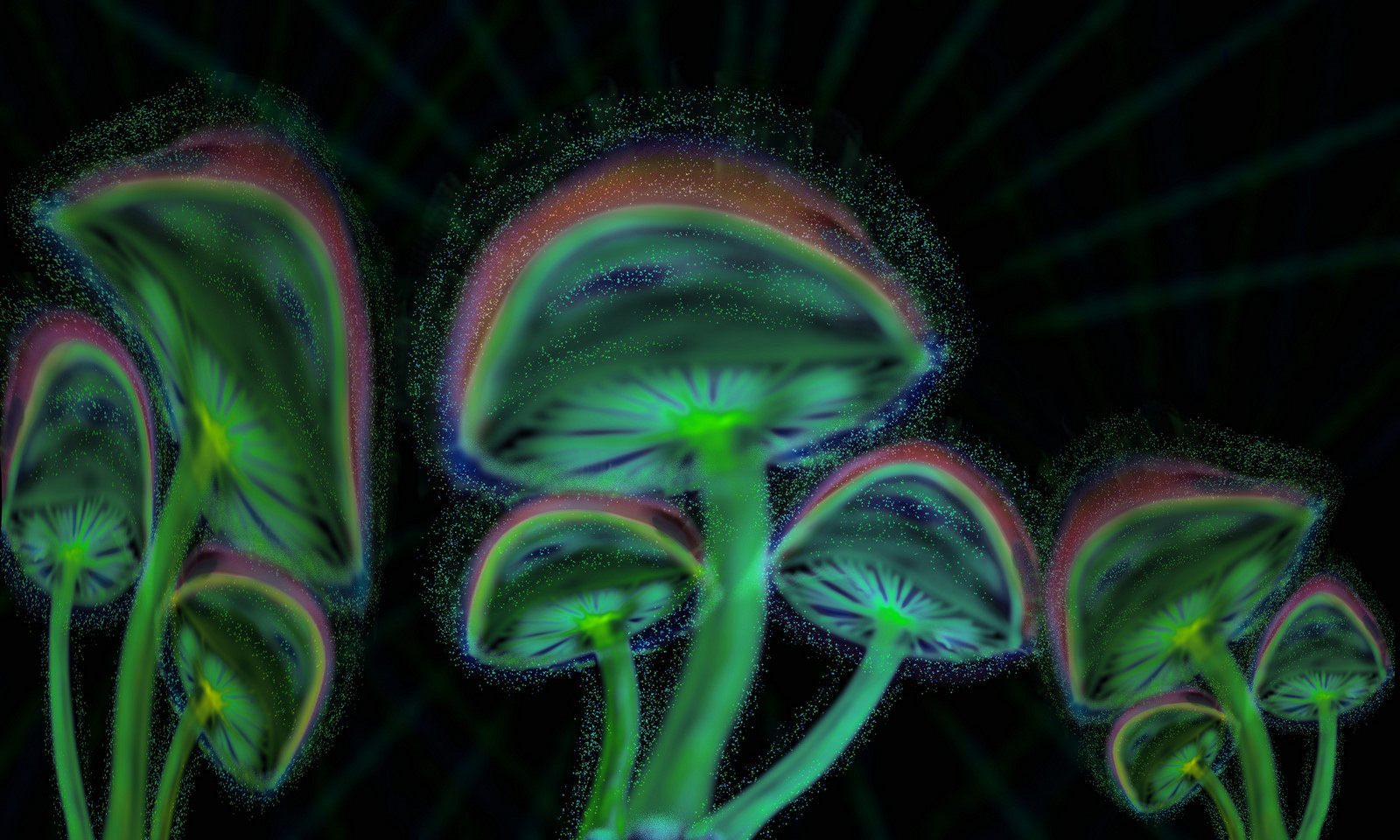 New research has shown that there are even more powerful compounds in magic mushrooms than we thought there were – and it’s possible they’re playing a crucial role in the psychedelic effects of shrooms.

This is known as an “entourage effect.” It’s well-known to exist with cannabis, but it’s something we’re still learning about when it comes to magic mushrooms.

So what are the extra compounds in magic mushrooms, and how are they working in tandem with psilocybin to give us a unique psychedelic experience?

The most abundant molecules in magic mushrooms are psilocybin, psilocin, and baeocystin.

Psilocybin is the one that typically draws the most attention. Magic mushrooms contain between 0.2-1.8% psilocybin by dry weight [1], depending on the species. Once ingested, psilocybin is quickly converted to its active metabolite, psilocin. Both psilocybin and psilocin bind to serotonin receptors, and these twin troublemakers are responsible for the majority of the psychedelic effects of magic mushrooms.

Baeocystin is the next most abundant molecule in magic mushrooms, but we don’t know much about it. Like psilocin, it’s another derivative of psilocybin, so it’s likely to have some kind of psychoactive effect. Researcher Jochen Gartz has described how a small dose of 4mg provided him with “a gentle hallucinogenic experience.” [2] Baeocystin is present at around 0.005-0.36% in dried magic mushrooms [1], depending on the species.

As well as these main players in magic mushroom psychopharmacology, some newcomers have just arrived on the scene.

Beta-carbolines are a class of alkaloids that are found in many plant species. Most notably, the plant medicine brew ayahuasca contains the beta-carbolines harmine, harmaline, and tetrahydroharmine, which block the monoamine oxidase (MOA) enzyme. Ayahuasca brews also often contain the psychoactive molecule DMT, which is normally destroyed by the MAO enzyme… You can see now how the beta-carbolines come into play; they block MAO and help the DMT survive longer in the body, where it can have a psychoactive effect.

Interestingly, psilocin is also broken down in the body by the MAO enzyme, just like DMT is. And now we know that beta-carbolines are present in magic mushrooms, they could potentially be blocking the MAO enzyme! This could theoretically prevent psilocin from being broken down and deactivated, naturally extending or enhancing the psilocybin/psilocin experience.

As we’ve mentioned, ayahuasca is a psychedelic plant brew that also contains beta-carbolines. They play an important role in its psychoactivity by helping the psychedelic molecule DMT survive longer in the body. This discovery that magic mushrooms also contain beta-carbolines could mean that ayahuasca and magic mushrooms are more similar than we thought!

But are there enough beta-carbolines in magic mushrooms to have a significant effect on your subjective experience?

Well, the most abundant of the beta-carbolines found in the species of magic mushrooms was harmane, which was present at between 0.2-21 ug/g of dried mass. [3] In ayahuasca brews, beta-carbolines are active at levels as low as 0.5ug for an average person. [4] This suggests that a moderate magic mushroom dose (around two grams of dried shrooms) would be more than enough for these beta-carbolines to contribute to the trip.

This could definitely be considered an entourage effect of magic mushrooms.

Research into Magic Mushrooms vs Psilocybin

Since most clinical research into magic mushrooms has focussed solely on psilocybin, there’s not much information out there comparing the subjective effects of psilocybin compared to whole mushrooms.

However, two studies in mice stand out.

This seems to confirm what researchers recently discovered when they saw beta-carbolines in magic mushroom species; that the entourage effect in magic mushrooms may help to extend or enhance the psychoactive powers of psilocybin and its derivatives.

Is There Only One Kind of Magic Mushroom Experience?

We also know that different species of magic mushrooms can vary dramatically in the relative quantities of active compounds they contain; just like different strains of cannabis, or different recipes of ayahuasca.

So what does this mean for our understanding of the magic mushroom experience?

Basically, we’ve been oversimplifying all this time.

Almost all the clinical human research into the healing potential of magic mushrooms has used isolated psilocybin or psilocin instead of whole mushroom extracts. Indeed, the current regulatory system means that it’s very hard to get approval to test organic substances that may contain a variety of unstudied compounds.

So whenever we read research on psilocybin or psilocin alone, it’s good to remember that magic mushrooms are more complex than just one molecule.

And, whenever we trip on magic mushrooms, keep in mind that the experience we’re about to have will be colored by the specific melodies and harmonies of pharmacological interactions lying in wait inside the individual mushrooms we’ve picked or grown.

Original Article from Patrick at EntheoNation