5 Amazing Legal Psychedelics You Can Find in Nature

Did you know that there are several types of naturally growing plants, fungi, and even animals that are legal psychedelics? Most people only think of psilocybin when they hear about naturally growing legal hallucinogens. But we can tell you about other plants that have been used in ceremony and recreation which have similar effects.

These plants grow in various areas around North, South, and Central America. They may allow you to reach levels of expanded states of consciousness, practice lucid dreaming, help you remember your dreams, and receive different health and medicinal benefits of each plant.

If you want to feel the subtle therapeutic and health effects of psilocybin without the hallucinogenic effects, you can apply for microdosing which is a safe and effective way to self-heal with magic mushrooms.

Making Psychedelics Legal in the US 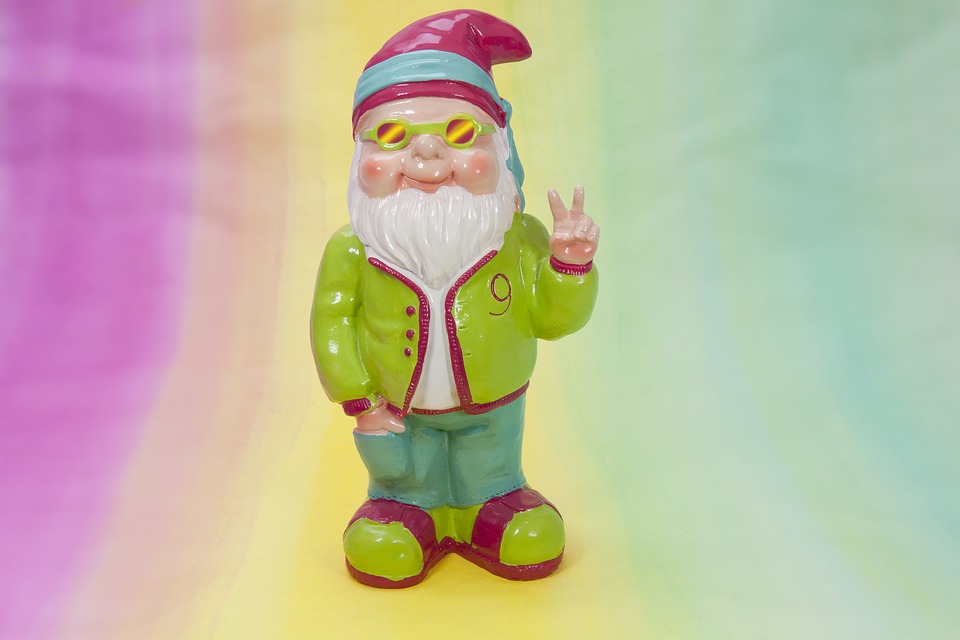 Just like psilocybin the legality of these plants may differ depending on where you live. Magic Mushrooms have been decriminalized in certain US cities like Santa Cruz, Denver, and Oakland. Other countries have varying degrees of acceptance of this ancient plant teacher as well.

Political figures in the US like Rep. Alexandria Oscatio-Cortez and Andrew Yang have been supporting reforms to make psychedelics legal.

5 Legal Psychedelics that Grow in the Americas

Psilocybin, which grows in nature and has been used by healers and spiritual leaders for thousands of years has been lumped together with other substances as a Schedule 1 drug.

This list is meant to show you the futility of criminalizing something that grows in the wild.

San Pedro cactus is native to the Andes Mountains in the US where they grow at altitudes of 2000 to 3000 meters above sea level. They are also found in Bolivia, Chile, Argentina, Colombia, Ecuador, and Peru where it is a revered plant teacher among the shamans in the north.

Although the cactus itself is not illegal to own, grow, or sell, it contains mescaline which is classified as a Schedule 1 drug.

San Pedro, or Huachuma as it is traditionally called, was used as a sacrament for ceremony and healing for thousands of years. It was both an aid for shamans to see illness, as well as a cure for many diseases itself.

Interestingly, the cactus’ name was changed from Huachuma to San Pedro after the arrival of Spanish conquistadors. San Pedro, or Saint Peter, is believed by Catholics to hold the keys to the gates of Heaven – showing that the colonizers probably also knew of Huachuma’s psychedelic qualities. 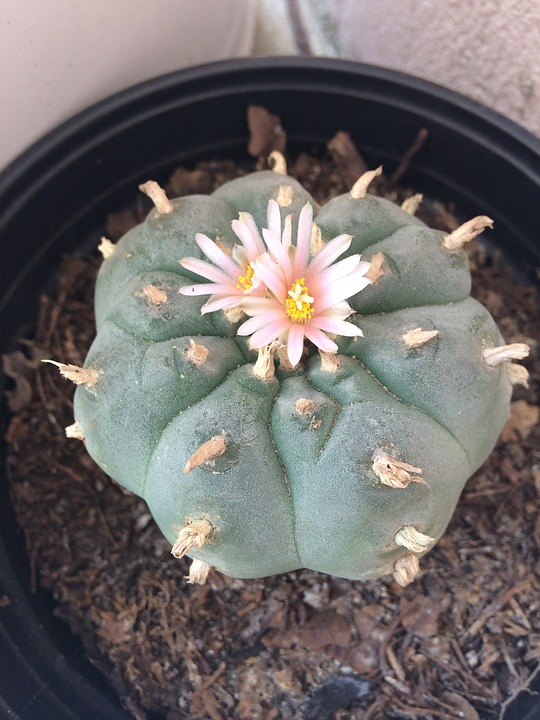 Peyote is also a mescaline containing cactus which, unlike San Pedro, is slow-growing and endangered so we strongly urge you to help save this sacred plant by protecting its habitat and reporting any sale of specimens poached from the wild.

Peyote cacti grow in New Mexico where it has long been part of pre-Colombian and First Nations ceremonies. In the United States, Peyote is legal under the American Indian Religious Freedom Act.

Although indigenous people of the Americas revered and respected Peyote as a teacher and healer, Spanish invaders suppressed its use in 1602.

But Peyote is also one of the first legal psychedelics that was given attention by modern medicine for its therapeutic value. In addition to being able to treat drug addiction and alcoholism, peyote also has properties that increase the immune system response to cancerous tumours.

Even microdosing on peyote can treat multiple ailments and has positive effects on general health.

Instead of playing hit and miss with mescaline cacti which may have been obtained from questionable sources, apply for microdosing with psilocybin and be connected with respected and trusted suppliers who will take the guesswork out of giving you the right microdose for you.

Passionflower, or Maracuja, was likely cultivated by the Aztecs or South America for its health and relaxant properties. It got its common name in 1569 when Spanish missionaries in Peru thought it resembled the five wounds Jesus received from his crown of thorns during the Crucifixion – the Passion of the Christ.

Passionflower is a sleep aid and was sold over-the-counter in the US as a sleep aid. But it was taken off the market in 1978 when its safety and effectiveness could not be proven.

When used by itself, passionflower may have mild psychedelic effects. But what many find more interesting is how it enhances other entheogens when mixed. Reportedly, passionflower gives journeys an almost Ayahuasca-like quality with a very distinct energy influencing the experience.

The leaves can be dried and infused into tea. Although many varieties of passionflower are legal hallucinogens, those normally sold in garden centers are usually unsafe for consumption because they most likely contain cyanide or cyanide glycosides which are highly toxic. 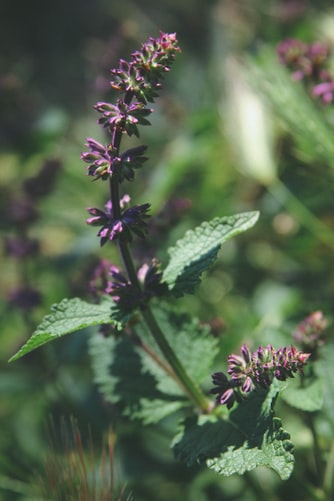 Seer’s Sage is a member of the mint family and is indigenous to Sierra Mazateca in Oaxaca, Mexico. It was used by  Mazatec shaman to induce visions for healing and divination rituals. With the influence of Spanish colonization, the original peoples began to identify the plant as an incarnation of the Virgin Mary and called it “La Maria.”

Traditionally the plant’s leaves were chewed fresh for rituals which began with an invocation to Mary, Saint Peter, and the Holy Trinity (God, Jesus, and the Holy Spirit). Then it was recommended to sit in a quiet place because “La Maria speaks with a quiet voice.”

These days, the leaves are most often dried and smoked. Its effects may begin in less than 10 minutes and decline in 5 to 30 minutes.

Many describe Salvia divinorum as a marijuana alternative, but aside from smoking it’s leaves being the most common way to take this herb, it has no other similarities with cannabis.

Its main active psychotropic molecule is salvinorin A whose effects are rapid and short-lived.

Even though Seer’s Sage is not a scheduled drug, it is controlled in most States. It has been decriminalized in Oakland and Santa Cruz, CA.

Cacao itself is not psychedelic but it can produce psychoactive experiences because it causes neurocognitive effects, enhances mood, and increases creativity and flow. But it does not create hallucinations like true legal psychedelics.

Raw cacao is different from regular chocolate sweets. It is one of the holiest plants to the Aztec civilization and was seen as one of the gifts from the gods to nourish the human race when the earth was created.

The Spanish brought cacao to Europe where it was enjoyed as an exotic aphrodisiac by the nobility, and as a high-energy drink by Friars during fasting.

Today, cacao is known as a superfood and many spiritual communities hold cacao ceremonies as heart-centered events of connection and creativity.

Cacao may have even had ancient ceremonial use in combination with psilocybin mushrooms in a potent psychedelic cacao shroom drink, or to enhance the experience with Ayahuasca.

This list only covered five of the many plants that grow naturally across North, South, and Central America which could be considered legal psychedelics. There are many others and in our next list, we will tell you about five more plants from around the world.

Although steps are being taken on city and state levels in the US to make psychedelics legal, many places still consider this ancient medicinal teacher and spirit guide as an illegal drug lumped together with chemicals like heroin and cocaine.

Psilocybin is one of the legal hallucinogens paving the way for re-acceptance of entheogens and other plant healers for mainstream therapy and healing.

In addition to magic mushrooms, many other plants exist in nature which contain psychotropic properties and though some have been regulated, depending on where you live, they prove that it’s possible to make psychedelics legal.

If you’re looking for a safe, natural way to self-heal with legal psychedelics and psilocybin, apply for microdosing to get the most up-to-date information from our trusted third-party suppliers who can deliver the best quality psilocybin microdosing pills to you.